The exhibition is based on forumZFD – Kosovo‘s research on space, sound and memory within the framework of the Landscapes of Repair project and is been realized in cooperation with Shtatëmbëdhjetë

There is an interesting ambiguity in Albanian culture which affects the way in which the physical and temporal reality is perceived and interpreted. Namely, the same word “përpara” (in english – “forward”) is used to describe something that in the spatial sense is in front of us while in temporal sense the same word is used to describe something that happened in the past – therefore behind us! So, in other words, that which in a spatial sense is invisible because it rests behind us becomes visible as soon as it appears in front of us. While in a temporal sense it is the opposite – the past that is behind us is visible and known and the future in front of us is invisible and unknown.

Imagining the future seems to be very similar to the sense of ‘nostalgia’, because we try to predict the future by referring to our experiences and memories. Latest research suggests many of the same brain structures are involved in both remembering and forecasting and that they were “almost completely overlapping” when people remembered past events and imagined the future. This makes understanding the past and all the layers on top of it, the historical, cultural and existential contexts, extremely important in order to be able to freely but wisely imagine a much better future! Humanity is developing at an exponentially accelerated pace and our demands are in serious friction with the limited resources of our planet, new technologies are extremely disruptive and there is a rise in tendencies to limit, isolate, and disrupt free communication and exchange, sometimes even by individuals and organizations which should be protecting them, making the overall situation seem quite dim and hopeless, individually or collectively. 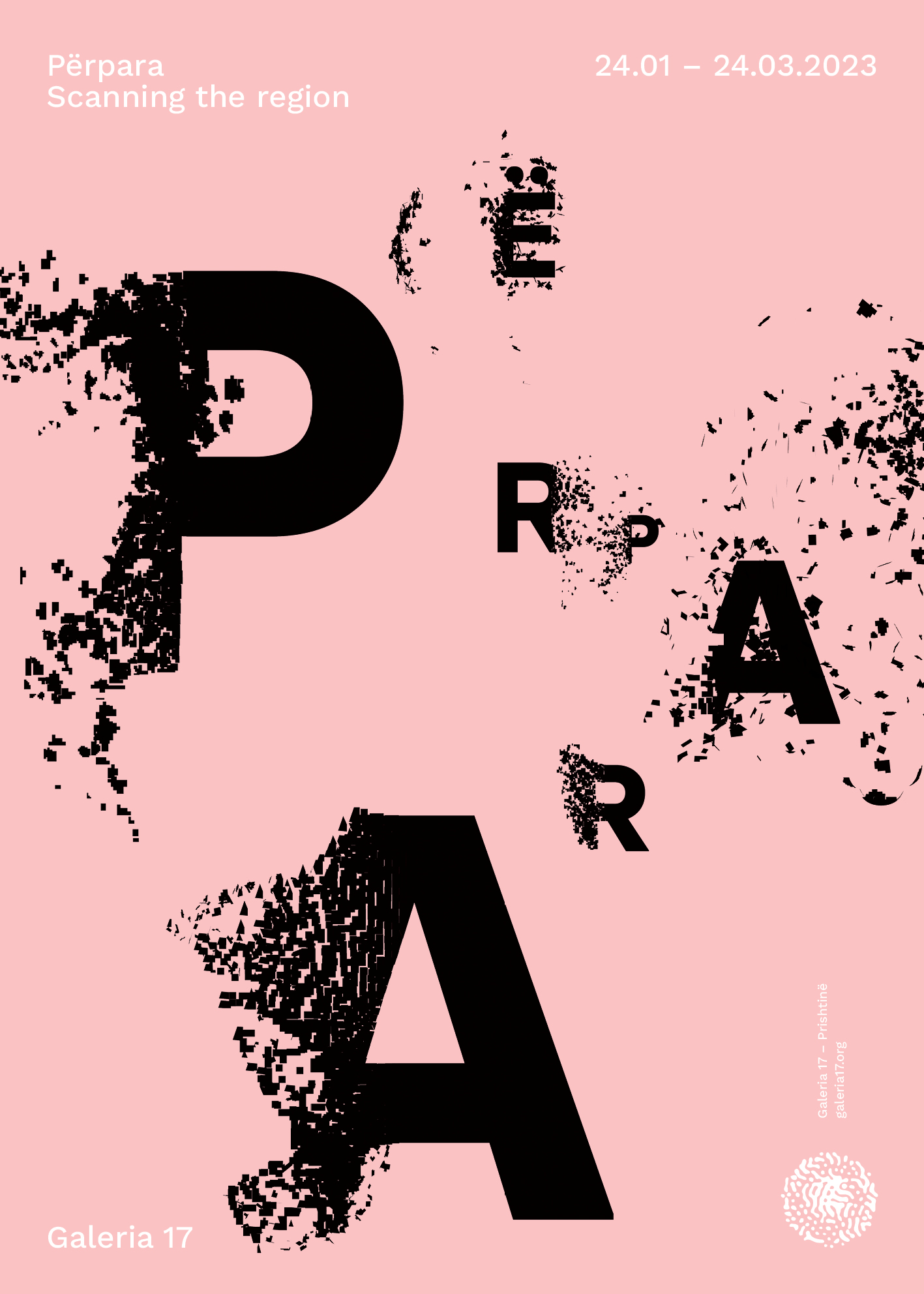 Artists are seldom at the forefront of the processes that aim to design the future, by helping and promoting positive developments but also by staying vigilant and critical to the same as well. Art mixes knowledge, values and traditions of the past with our innate ability to freely and courageously imagine the future. This mix is at the core of Art. Artists’ role is multidimensional and stretches across spatial and temporal limits reaching for optimism and purpose, progress and continuation, balance and peace!

Therefore, going back to the ambiguous “Përpara” phenomena, you are invited to put both, the Future and the Past, in front of you and freely compare, learn, understand and imagine new relationships and new connections between them and express them freely and participate.
Put both Përpara’s in front of you!

This exhibition is supported by Heinrich Böll Stiftung, Ministry of Culture, Youth and Sports and Municipality of Prishtina.

This activity is also supported also by Kosovar Civil Society Foundation (KCSF) program ‘EJA Kosovo’, co-financed by the Swiss Agency for Development and Cooperation (SDC), Sweden, and Government of the Grand Duchy of Luxembourg.